Along with religious and political, there are also economic motives lying behind this movement. The Christian West, first of all, entered in the Islamic world in the guise of traders. They launched commercial companies in Islamic countries such as ‘East India Company’ in Sub-Continent. Slowly but gradually, they captured these countries in order to swallow their material resources. In the past, we can give an example of India that was called the golden sparrow. In the present, Iraq is presented as an example.

Omer Farrukh argues, “The motives behind missionary activity are not, in the least religious. This is because Western society is itself atheistic. It is a materialistic society which knows no meaning of the spirit. Then, quoting the words of Lebanese Arab Christian he, continues, “America, which worships gold, iron, and petrol, has nonetheless covered half the earth with missionaries claiming to call others to spiritual life and religious peace.

Omer Farrukh also divides colonialism into two categories. The former is political; the latter is intellectual, social, and economic. The battle between the missionaries and other religions is not one religious; rather it is one whose aim is political and economic domination.

The problem of today’s world is no longer one of the disparities of belief or theological disagreement. It is rather the disparity among nations in wealth and in technological and industrial development, and the exploitation of the resources and markets of poor nations by the rich ones. In the Middle East especially, the incessant strife and warfare are not over God, revelation, Moses, Jesus, or Muhammad; it is rather over land, oil, and the destiny of peoples.

Syed Qutb comments on capitalism and communism blocs. “This is a superficial division, not a real one. It is a division of interests, not principles.it is a struggle over goods and markets, not beliefs and ideas”. In the present, Britain, and America both Veto powers and atomic powers are Christian states. Along with other European countries, these are exploiting Muslim countries especially the Middle East. The Orientalists like Bernard Lewis, Samuel Huntington, etc. are the advisors of American Think Tank, Iraq and Afghanistan wars were launched under their instructions and guidance, These Orientalists are the policymakers as Dr. A. L. Tibawi says, “It is there on record to underline the current allegation in the Arab world that some Orientalists meddle in politics, while other act as advisors to their governments and therefore must be partly responsible for policy.” All their campaigns have economic motives to occupy the oil resources of the Islamic world and transfer it to lire West.

Religious Motives of Orientalists to Sirah 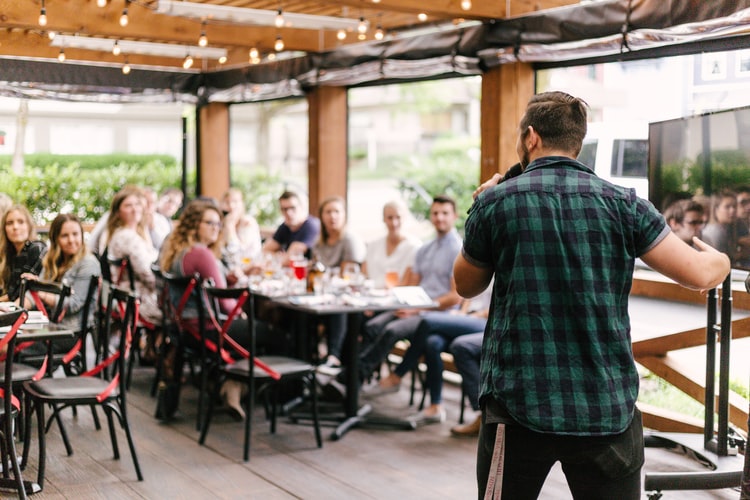 Improve Your Public Speaking Voice with Superb bits of Advice